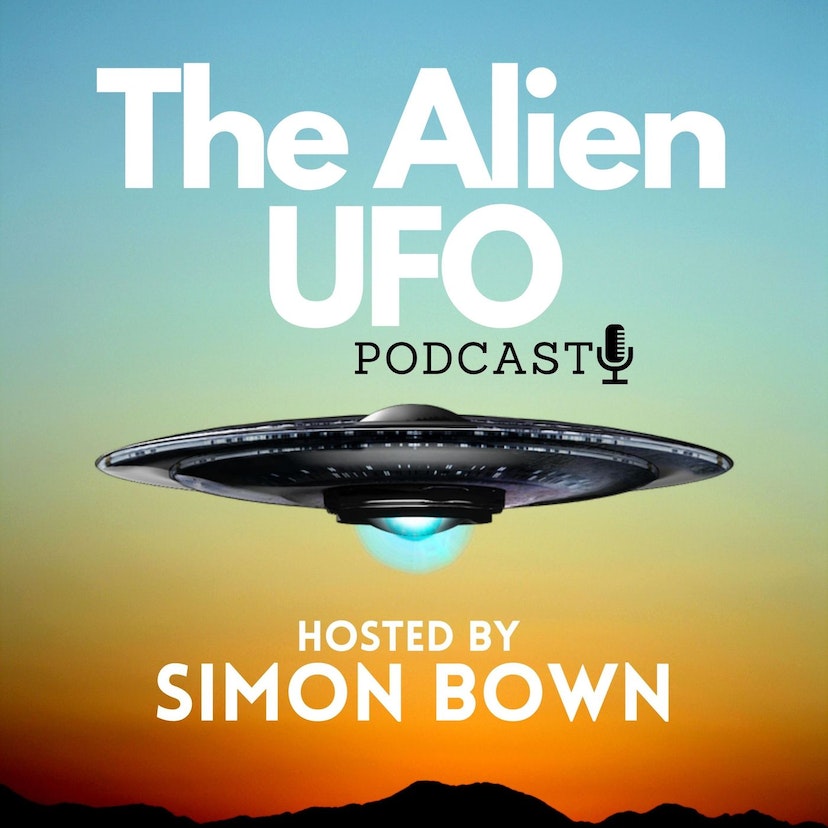 This week I'm talking to Terry Lovelace about his book 'Incident at Devils Den'.

This is my true story. Written by Terry Lovelace, a 64-year-old lawyer and former assistant attorney general. In 2012 a routine X-ray of my leg found an anomalous bit of metal the size of a fingernail with two tiny wires attached. What followed were horrific nightmares, spontaneous recall and intrusive thoughts surrounding a 1977 camping trip I took with a friend to Devils Den State Park in Northern Arkansas. For fear of losing my job and my standing in the legal community, I've kept this secret for 40 years. But the 2012 discovery of this object, one and one-half inches deep in my thigh, initiated a flood of nightmares I could not control.

My poor health and the horrific memories were the catalysts to come forward and finally disclose what happened back in 1977. My friend and I were on a two-day camping trip to photograph eagles and wildlife. Rather than stay in the campground we chose to drive deep into an isolated area and set-up our camp on a high plateau that offered a scenic view of the wilderness. Late in the evening of our first night in camp, a group of three very bright stars in the western sky caught our attention. Arranged in a triangle configuration we speculated as to what it could be? We eliminated aircraft lights due to the triangle configuration. Then it moved. The three stars rotated as if on an axis and slowly ascended upward. As it rose the three points of light spread apart, each equidistant to the others. The stars grew larger and brighter.

As the triangle passed over stars they would blink-out for a moment and then blink-back again as it moved over them. The area inside the triangle was black, darker than the night sky. As the points expanded they were eventually devouring entire fields of stars as it traveled higher and moved closer to our camp. It eventually halted directly over us. It was huge. A third of the sky was covered by this black triangle overhead without a single star in between the three points. It was as if someone had cut an enormous triangle out of a sky filled with a billion stars. It descended until it was about thirty feet over the floor of the meadow. The size of the object was unbelievable. Each side of the triangle was a city block in length. I estimated its height at fifty feet or more. The size of a five-story office building, it sat motionless above the floor of the meadow. What followed was a horrific abduction experience. We both suffered badly from burns and dehydration and were hospitalized for two nights.

I was interviewed by special agents from the USAF Security Police's "OSI" or Office of Special Investigations. They mistakenly believed I had photographed the object and I was viciously interrogated by two of their special agents. They demanded my film. My home and car were searched by consent and I was hypnotized to assist my recall. It was a nightmare that left my wife and me sour on the whole UFO and the allegations surrounding our experience. I never intended to tell anyone. But the events of 2012 opened a door to memories about the abduction experience I had long forgotten and had no desire to even remember. In 2016 and in poor health I decided it was the right time to disclose everything I knew and everything we experienced. The piece of metal in my leg was the genesis of this story. There is so much more that happened.


Bio
Terry Lovelace is a six year veteran of the USAF where he served as a medic and EMT from 1973 to 1979. He has a bachelor’s degree in psychology with honors from Park University in Kansas City, Missouri. He completed a law degree from Western Michigan and passed the Michigan State Bar Examination. He was also admitted to the bar in Vermont and the US Territory of American Samoa. His legal career began in private practice until his appointment as an assistant attorney general for the U.S. Territory of American Samoa, he also served as State’s Attorney for Vermont Board of Medical Practice until his 2012 retirement.

He and a friend were abducted from Devils Den State Park in NW Arkansas in June 1977 while remote camping. They were both on active duty at the time. What followed were 40+ years of nightmares, phobias, and PTSD-like issues which continue to this day.

In 2012 a routine leg x-ray discovered two anomalous objects in his leg. The x-rays are on his website at terrylovelace.com. That event was his catalyst to write two books and speak publicly about his experiences.

For fear of losing his job and the respect of his peers in the legal community, he waited until 2018 to self-publish INCIDENT AT DEVILS DEN, a #1 Bestseller on Amazon with 700+ Reviews at 4.8/5.0. His second book, DEVILS DEN: THE RECKONING was published the week of Christmas 2020. It was #1 in New Releases immediately and hit #1 Bestseller status on February 10th.

His abduction story was featured in the UK Newspaper, THE GUARDIAN on September 12, 2021.

He was a guest lecturer with Leslie Kean, Author and NY Times contributor at Rice University in Houston, Texas in November 2019.

His story was featured on a television episode of the Travel Channel’s “MY HORROR STORY” which originally aired in November 2019, and “UFO ENCOUNTERS” aired in Canada in August 2021.

Terry is a graduate of THE WELLNESS INSTITUTE in Graham, Washington where he successfully completed their program in hypnotherapy. He is currently performing hypnotherapy for experiencers who are struggling with memories from an ET encounter. He has done numerous past life regressions with amazing results.